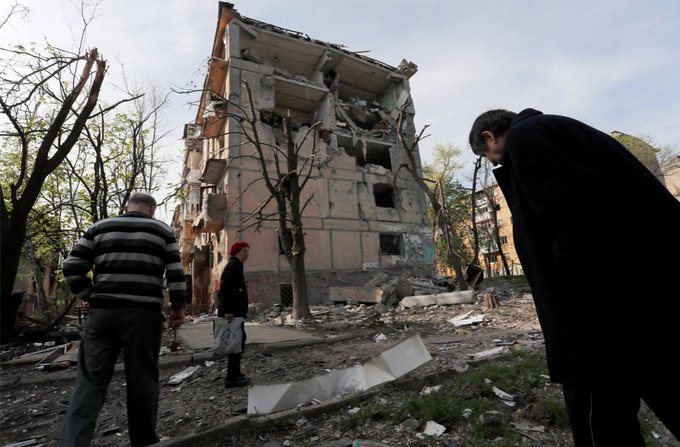 Russian Foreign Minister Sergei Lavrov says over a million people have been evacuated to Russia since February 24. Russia has made “tactical advances” as they continue to shell frontlines in Donetsk and Luhansk, according to The Institute for the Study of War. The United Nations remains in negotiations to evacuate civilians from the besieged city of Mairupol while the Ukrainian city’s mayor says the situation is dire adding “it’s not a matter of days. It’s a matter of hours” as citizens beg “to get saved,” Al Jazeera reports. Content warning: This timeline includes live-updating Tweets which may consist of sensitive images from this developing news story.