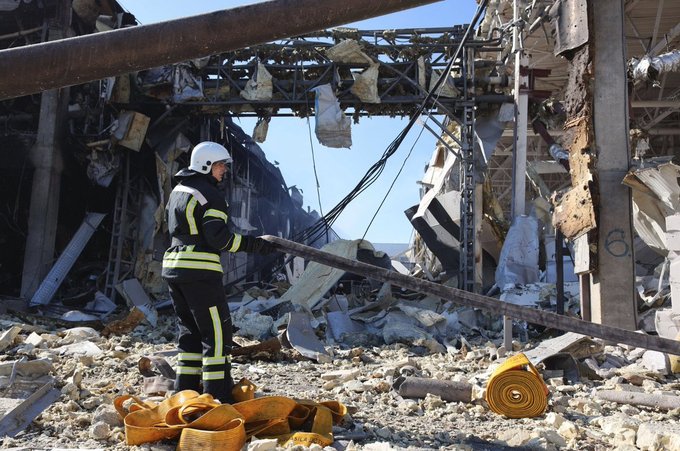 Russian troops continued to attack the port of Odesa, located on the shores of the Black Sea in southern Ukraine, in an effort to disrupt the supply lines and weapons shipments that have been critical to Kyiv’s defense, Ukraine officials said on Tuesday. Ukrainian fighters remain at a steel plant in Mariupol, fending off Russian advances in a months-long siege. Meanwhile, members of the World Health Organization’s European region passed a resolution on Tuesday that could result in the closure of Russia’s regional office and the suspension of meetings in the country in response to its invasion of Ukraine.

Content warning: This timeline includes live-updating Tweets which may consist of sensitive images from this developing news story.
Photo via @NBCNews