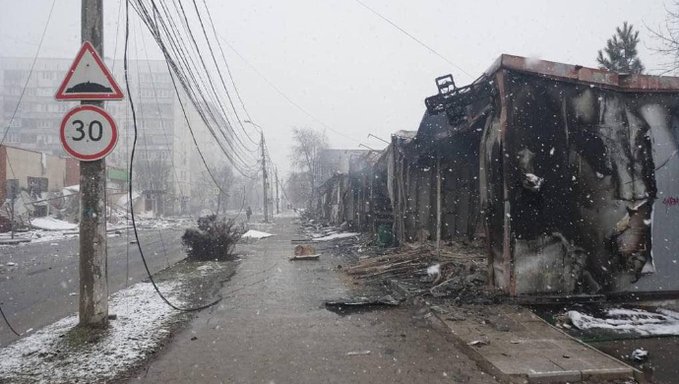 The two sides meet for another round of talks on Monday, though “hopes were dim that they would yield any breakthrough,” The Associated Press reports. According to the United Nations Refugee Agency, more than 1.7 million people have fled Ukraine in the days since the Russian invasion began. According to Russian state media, Russia’s military announced a ceasefire and opening of humanitarian corridors in the cities of Kyiv, Kharkiv, Sumy and Mariupol, to come into effect from 10 am Moscow time on Monday.