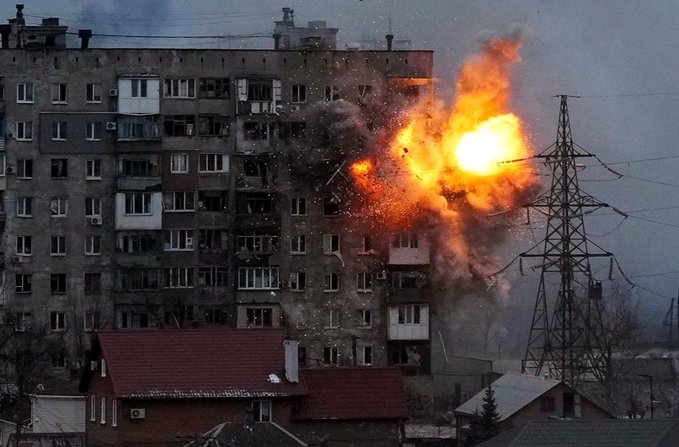 Russian deputy foreign minister Sergei Ryabkov has told Russian state television that “pumping up [Ukraine] with weapons from a whole range of countries” would “turn these convoys into legitimate military targets”. Experts have expressed fears that such an attack could escalate the war. Shelling has continued overnight in several Ukrainian cities, with Russian forces 25km from the centre of Kyiv, according to the British military.