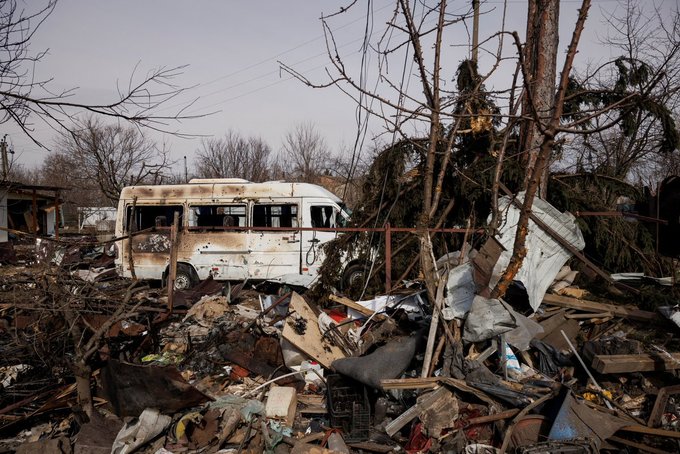 Russian forces again struck the Ukrainian city of Mariupol on Saturday, as fighting also raged in the outskirts of the capital, Kyiv, and other cities throughout the country. According to the mayor’s office, more than 1,500 people have died in Mariupol during the siege and the shelling has interrupted efforts to bury the dead in mass graves. French President Emmanuel Macron and German Chancellor Olaf Scholz urged for an immediate ceasefire on Saturday in a call with Russia’s President Vladimir Putin and, per French officials, there was no “willingness on Putin’s part to end the war.”