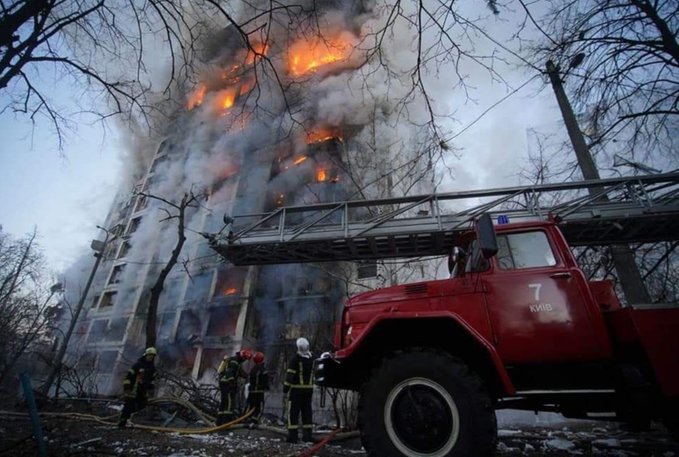 Airstrikes hit Kyiv early on Tuesday morning, causing damage to residential buildings, as leaders from Poland, Slovenia and the Czech Republic head to the Ukrainian capital on Tuesday to meet President Zelenskyy. Czech Prime Minister Petr Fiala said the aim of their visit was “to confirm the unequivocal support of the entire European Union for the sovereignty and independence of Ukraine.” A curfew has been announced in the capital, as “difficult” peace talks between top negotiators from the Russian and Ukrainian governments resumed.