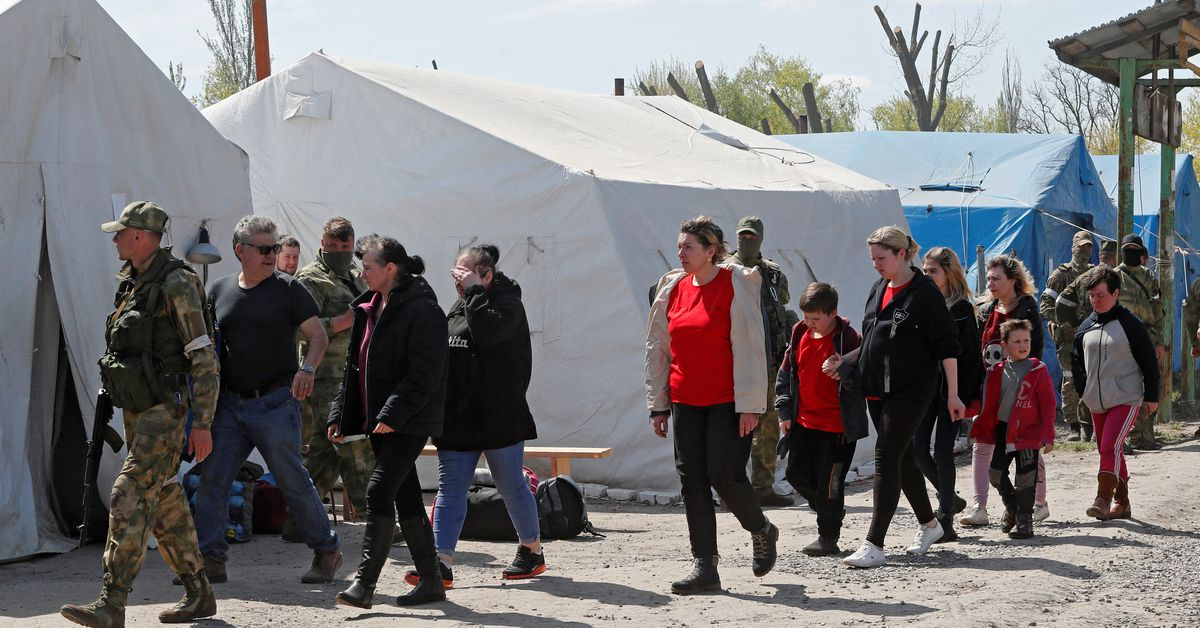 Evacuation efforts from the Ukrainian port city of Mariupol have stalled on Monday with hundreds of people still trapped in the the Azovstal steel plant, Reuters reports. More than 5.5 million people have fled Ukraine since the war began on February 24, according to the UN Refugee Agency. Meanwhile, German Finance Minister Christian Lindner said Germany was prepared to back the European Union’s ban on imports of Russian oil. Content warning: This timeline includes live-updating Tweets which may consist of sensitive images from this developing news story.