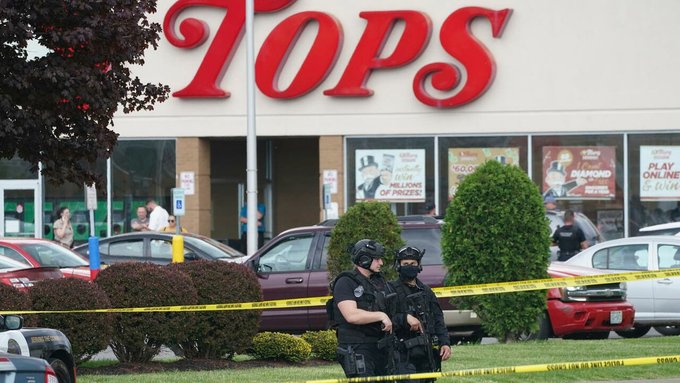 A gunman sporting a rifle and body armor opened fire in a supermarket in Buffalo, New York, killing at least 10 people, the Associated Press reports. Law enforcement officials said in a press conference the shooting is racially motivated. Federal officials told CNN that investigators are reviewing a purported manifesto posted online in connection with the mass shooting. The gunman is in police custody.