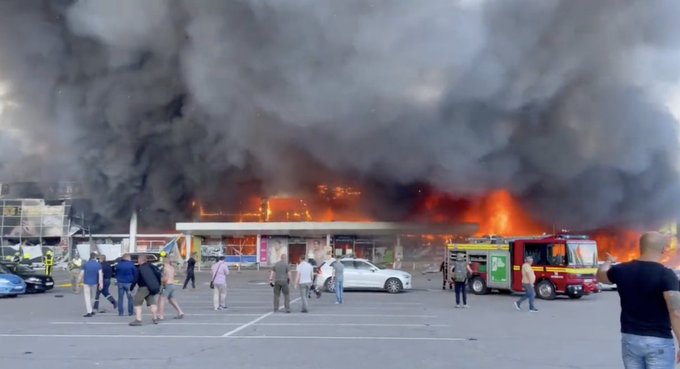 A Russian missile strike hit a crowded shopping centre in the Ukrainian city of Kremenchuk on Monday, President Volodymyr Zelenskyy said. An estimated 1,000 people were inside the building at the time of the attack. According to acting Poltava Governor Dmytro Lunin, at least 10 people were killed and 40 others were injured. Meanwhile, leaders from the G7 nations meet in Germany, where possible further actions against Russia are expected to be discussed. Content warning: This timeline consists of live-updating Tweets which may include graphic images from this developing news story.