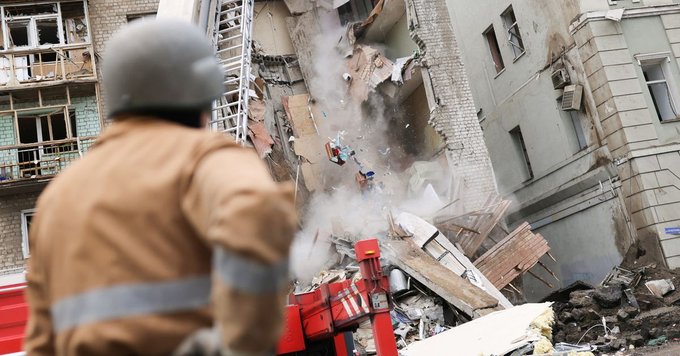 Russian missiles hit the central Ukrainian city of Vinnytsia on Thursday, killing at least 12 people including a baby and injuring 25 others, according to local authorities, AP and The Telegraph report. President Volodymyr Zelenskyy has called it an “open act of terrorism”. Zelenskyy is set to virtually address the Ukraine Accountability Conference at The Hague on Thursday, which is investigating war crimes committed since Russia’s invasion, per The Washington Post. Content warning: This timeline consists of live-updating Tweets which may include graphic images from this developing news story.